It's time for another round of the TurfShowTimes caption contest!  Thanks to everyone for their submissions this week!

Our winner for Week 3 of the contest is mooseknuckles41!

The winning (albeit gross) caption can be found in the featured photo to the left.

Here is the Week 4 photo of Sam Bradford entering the field at the Edward Jones Dome: 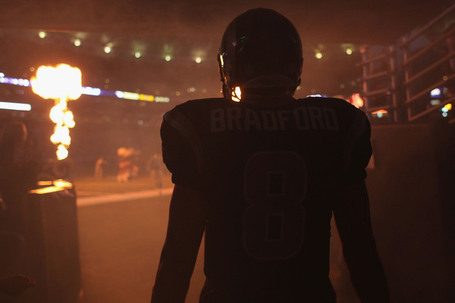