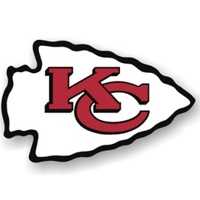 Just a few observations from the first half for those who do not have the ability watch the game, feel free to chime in to the open thread.

Bradley Fletcher had a good half; he covered Dwayne Bowe well and prevented the Chiefs from scoring two touchdowns. He looks like he can develop into a good player.

There is no doubt Gado is our #2 back, he played well.

Victor Adeyanju is no match for their 3rd teamers/backups. He created some good pressure and had a nice sack.

Berlin found his rhythm and had a nice TD to Fells (who had a few grabs) only to give up an interception that shouldn't have happened. The 3rd QB Battle continues...

Roach is not making the cut.

Tim Carter had two drops. He definitely did not impress anyone. Derek Stanley had an absolutely UGLY drop, but redeemed himself twice (one of the plays was wiped out by a Ronald Curry penalty).