Percentage of seats sold in the Ed Jones Dome last season? Paper bag wearing fans? No, that 24% represents the number of running plays against the Rams defense that went 10 yards or more beyond the line of scrimmage. Only three teams in the league fared worse in that category than the Rams, according to Football Outsiders stats. The Rams allowed 20 rushing plays of 20 yards or more; only two teams gave up more big plays on the ground (Detroit - 26 and KC - 21; the Broncos tied us w/ 20). What's the problem? 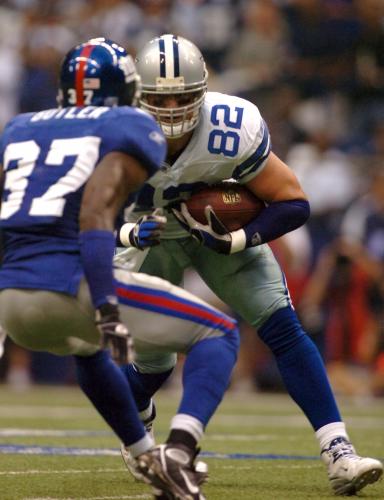 As much as the Rams need a bulky run stopper at DT (I'll get to that), these punishing numbers are more the result of our lack of an authentic MLB and missing a SS that can pursue and tackle. Corey Chavous, as much as you love the guy's character, just didn't have that ability anymore. Bringing in James Butler to replace Chavous should help with that. Butler shines on the downhill attack, knowing how to spot a lane and defend it. He's also a solid tackler. (His weakness, deep coverage against the pass, is mitigated to a large extent with FS Atogwe, a perfect match of safeties). Butler's also known for his ability to manage defensive plays and get his teammates into position, again, something the Rams struggled with at times last year, sometimes missing gaps by miles.

Is Butler the cure-all? No, the defense should get better against the big plays on the ground, but if they don't address the need at MLB, they'll still get gnashed for yardage...maybe just not as much at one time.

And that brings me to the need at DT. The Rams defensive line stuffed opponents (runs that result in (on first down) zero or negative gain or (on second through fourth down) less than one-fourth the yards needed for another first down) only 22% of the time, ranking them among the bottom tier of teams (7th worst) in the league. They did alright when they could stack the box, but not enough to keep from bleeding first downs. To wit: the Rams allowed 146 rushing first downs, only one less than the league-worst Lions, and their rushing defense was at the bottom of the barrel when it came to first down percentage with a league-high 29.1%.

Butler's a great start to improving the Rams run defense, but if they don't address needs at LB and DT, it won't be enough of a gain to matter.