I can't help but put together one more mock draft before the combine.

Again, check the TST mock draft database for all your mock needs.  If I counted right, we have 38 mocks loaded in.  That's ridiculous. 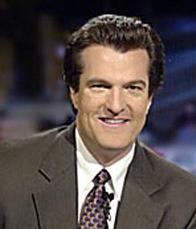 Looks fluffy to me.

For reference, my last mock can be found here. 'ESPN' and 'MTD' refer to ESPN's draft profile reports and Mocking the Draft's scouting reports.

Pulse of the Nation (Pride of Detroit): I think PoD is starting to see the momentum behind this pick.

I just don't think the Rams are going to be able to pass him up anymore.  The Andre Smith (OT, Alabama) pick has lost so much momentum, if the Rams were going OT at this point, I would think the Rams are leaning towards Eugene Monroe (OT, Virginia), Jason Smith (OT, Baylor) or Michael Oher (OT, Ole Miss) in that order.  But I think post-combine, even though Crabtree won't run an official 40 there, his hype will be as high as Staffords, and they'll have to go 1-2.

Pulse of the Nation (Turf Show Times): A wrap-up from Van earlier this month on draft stuff.

With Crabtree gone and having moved Derrick Johnson to MLB, the Chiefs add a pass rushing threat here in Curry, the top OLB in the draft, hands down.

Pulse of the Nation (Arrowhead Pride): A breakdown of the top three picks by position since '98 and what that means for the Chiefs.  And check out the renderings of the Chiefs' new digs.  Nicey.

If A-Smith does end up moving to guard once he makes the NFL, Seattle would be a nice fit since Gs Mike Wahle & Chris Gray are getting close to the end of their careers, just like OT Walter Jones.

Pulse of the Nation (Field Gulls): The community looks at draft trends.

I didn't feel comfortable mocking Jenkins down at 14, but I didn't see a fit.  With Curry off the board, Cleveland gets a franchise CB that can play against any WR in the NFL.

Pulse of the Nation (Dawgs by Nature): MTD's AFC North correspondent, shake n bake, stopped by to talk to the Browns faithful about the draft.

If Orakpo has a solid combine, expect him to be the first DE off the board.

Pulse of the Nation (Cincy Jungle): The Jungle reads an essay-style mock database.

Monroe still comes off as the 2nd OT, just a few spots later.

Pulse of the Nation (Silver and Black Pride): Someone agrees with this pick...

Between, J-Smith or Oher I flip a coin here.  Without the combine, I lean Oher, but I expect J-Smith to open some eyes.

Pulse of the Nation (Big Cat Country): Tkopa wonders if the money issue that saw 1st round pick Derrick Harvey hold out last year will force this year's #8 pick to do the same.

Still confident in this one, although B.J. Raji (DT, Boston College) would make sense.  I personally think Green Bay has more to gain in addnig a young DE than DT.

Pulse of the Nation (Acme Packing Company): A look at Eugene Monroe.  Not interesting in that regard, but the idea the Pack could take an OT in the 1st is shocking.  I was 100% sure it would either be DE or Raji.

Pulse of the Nation (Niners Nation): Fooch looks at Jeremy Maclin (WR, Missouri) and passes.  Still a tempting pick for the Niners who could use a young game-changer at WR.  Notice the featured poll on the main page has Brown at 30% leading all other choices with almost 300 votes.

It makes too much sense to me.  Another team that could grab Raji, but Pettigrew gives them a versatile option on an offense that lacks versatile options, especially with Marshanw Lynch's drama.

Pulse of the Nation (Buffalo Rumblings): I cen't get these guys to agree with me.  Maybe a strong showing by Pettigrew at the combine will push the Rumblings crew ni my direction.

I still feel it's between Raji & Knowshon Moreno (HB, Georgia).

Pulse of the Nation (Mile High Report): Of specific interest to the Rams, MHR breaks down the MLB prospects.  Again, you should stop by.  These guys are putting together the best draft coverage I've seen on the interwebs.

My revolving door pick.  Two times ago it was Michael Johnson (DE, Georgia Tech), and last time it was Rey Maualuga (MLB, USC).  All that means is next time, I won't mock the Skins for Oher.

Pulse of the Nation (Hogs Haven): ebag wonders how to evaluate prospects as a whole package, not just as athletes or positional players.

With Jenkins off the board, the Saints grab the next best corner of the draft, and the only other CB in the top-tier (pre-combine).  In my last mock, I had Davis going 24th to Atlanta, but I did add, "Expect him to come off very soon after Jenkins to a New Orleans or a Houston."

I can't wait to see the DE's at the combine.  I have incredible difficulty separating the top 7 DEs on the board this year into two or three tiers.  My top seven are obviously the four off the board at this point, Orakpo, Maybin, E. Brown & M. Johnson, but don't sleep on Tyson Jackson (DE, LSU), Paul Kruger (DE, Utah), or Robert Ayers (DE, Tennessee).  Hell, you could even throw Michael Bennett (DE, Texas A&M) & Brandon Williams (DE, Texas Tech) in the mix with those seven, but you'd be hard-pressed to defend that pre-combine.  I still put Johnson here if for no other reason than I had him here last time.

Pulse of the Nation (Battle Red Blog): TransientTexan asks, should Texans fans watch the combine?  3k answer, yes.  Yes they should.  Every man, woman and child should watch the combine.  It should be a national week-long holiday with a tax break incentive on beer & nacho cheese, with mandatory town halls in the evenings for neighbors to yell at each other over why they should draft Moreno if he's still on the board.  Or not.

Last time, I had the Chargers picking Peria Jerry (DT, Ole Miss), but with Rey still on the board, I don't see the Chargers missing out on his run coverage skills.

Pulse of the Nation (Bolts from the Blue): The community weighs in with their first 4 picks after DaBolts sums up the total production of the Lions, Rams, Chiefs, and Seahawks.

Whether Favre retires or not, they'll need some potential here; Kellen Clemens, the former Oregon standout, doesn't bring much.  Regardless, a post-Favre era that sees Sanchez and Clemens on the Jets' depth chart bodes well.

Pulse of the Nation (Gang Green Nation): Do these guys know there is a draft soon?  They sure do miss Brett Favre a lot, for a team that didn't make the playoffs.  I'll leave this spot linkless in the hopes it will motivate the GGN crew to start talking draft.

I still feel this one's on point.  And just to be fair on my last mock, I said the Bears needed a lot of help on offense, but left out Matt Forte.  For the record: I like his skills, but I'm not sold on him yet.  An avoidance of a sophmore slump will make me a believer.

Pulse of the Nation (Windy City Gridiron): GeauxBears looks at the top tier of OTs in the draft.  I think they should start looking at the next tier; last mock I had all four gone by #8 and this time, they're off the board a bit later by 13.

For the Bucs, it's D-line or WR.  With Raji, Orakpo, Maybin, E. Brown & M. Johnson off the board, I don't think the next best DT or DE does as much as Harvin, the next best WR, does.  Plus, as I noted last time around, Tampa seems to be very comfortable when it comes to drafting Florida wideouts.

Pulse of the Nation (Buc' Em): The Bucs discussed how they whittle down a sea of options to the chosen few.  Look for position rankings in the comments.

I still love the pairing of Laurinaitis with Stafford for the Lions.

Still makes sense to me, especially this deep into the first round.

Pulse of the Nation (Bleeding Green Nation): Not drafty, but a nice primer for those who don't understand D-line tactics.

I keep trying to change my mind on these and it's not happening, especially since I have an inkling that Britton is going to have a beastly combine.

Pulse of the Nation (Daily Norseman): Do the Vikings go QB, C, or OT?  Or best available?  The Daily Norseman readership is unanimous in their disagreement with each other.

I still can't shake my last mock, I guess.

Pulse of the Nation (Pats Pulpit): Not a lot of draftiness here, but this random Pats-dom does at least link to someone who says the Pats "could choose a linebacker" at 23.  Plus it links to pictures of old mascots.

Loadholt is probably the OT with the biggest question marks out of the top two tiers.  He is also the biggest, and that, as we all know, is something you can't teach.

Pulse of the Nation (The Falcoholic): The signing of Will Svitek only confirms that the Falcons are willing to take on projects at OT.

Pulse of the Nation (The Phinsider): From reader miamiphins 190 comes 9 suggested picks for the Fins.

I still think the marketing behind this pick will drive it into reality.

Pulse of the Nation (Baltimore Beatdown): shake n bake stops by againn to talk to the Raven faithful.  Best comment (from reader 'raven'): "Heyward Bey would be our well behaved Plexico."  Is Plexico Plaxico's plastic twin?

Flipped from CB to DT with combine on the mind.  Hood looks to be a slippery pass-rushing DT.  A solid combine showing speed & agility could vault him into the 1st round.  Look for me to change my mind right back to D.J. Moore (CB, Vanderbilt) after the combine.

Pulse of the Nation (Stampede Blue): What do they need?  After reading this... I know less.

I still like this pick.  It gives the Eagles a pair of safeties (in Delmas and Quintin Mikell) to build on over the next 4-6 since safeties are so key to their defense.

Maybe the greatest risk/reward WR in the draft.

I still like the idea fo adding S-Smith's size to the Titans' secondary over their other CB options here.

Pulse of the Nation (Music City Miracles): The MCM crew ran put together their mock, but went with Alphonso Smith (CB, Wake Forest).

I changed this one from Chris "Beanie" Wells (HB, Ohio St.) to McCoy with the combine in mind.  Depending on who shows better speed & agility (and at this point I'm inclined to go with the undersized McCoy), I think they'd fit better in a two-back system with Hightower.

Pulse of the Nation (Revenge of the Birds): A look at some mocks and who they mocked for the Cards.

As much as I'd like to see Mack fall to us, I don't see the Curtain passing up on Mack to improve their interior O-line.

Pulse of the Nation (Behind the Steel Curtain): If we ever pull the traffic, I'd love to see us to something like this: a weekly round-up of the best FanPosts from the community.

*NOTE: I know most people will think this is too low, but I have never been impressed with Freeman outside of his arm strength, which is tops of any QB ni this year's draft.

Pulse of the Nation (Blogging the Boys): A primer on the draft that applies as much to any team in the NFL as it does to the Cowboys.  I did a PotN here since the Boys don't have a first round pick.

*NOTE: My most underrated CB.  His draft stock could explode at the combine.

Well, have at it.