The PBP: offensive line basics, and the education of Jason Smith (pt. 1)

Share All sharing options for: The PBP: offensive line basics, and the education of Jason Smith (pt. 1)

It's back to the projector, TSTers.  Today, we're going to look at the offensive line, some run blocking basics, Jason Smith and what makes Pro Bowlers different than albino bowlers.  Not that I have anything against albino bowlers, but I don't see why they should have their own action figure and the great OTs in the history of the NFL don't.  Just saying.  Oh, and Sandra Bullock.

I smell... I smell a projector.  A playbook projector!  KA-BOOM!

So today all begins with Sandra.  Dear, Sandra... 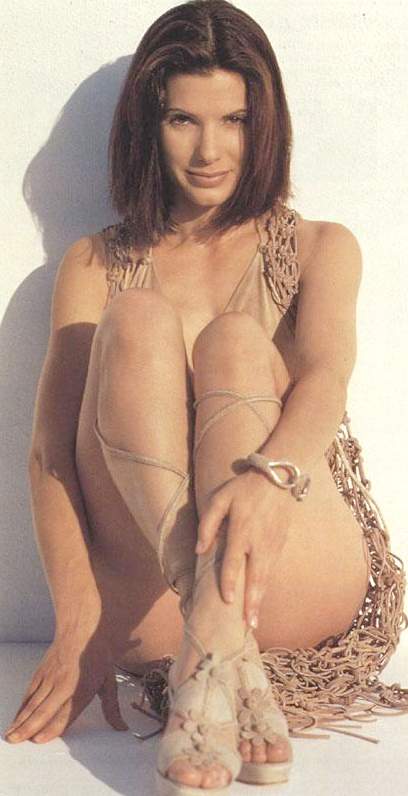 In case you don't watch television, or read, well, anything, she's playing the lead in the new movie The Blind Side, which I have no intention of seeing probably ever.  On the other hand, the book, by Michael Lewis, is a great read.  Not as good IMO as Moneyball and certainly less influential, but a good read nonetheless.

The Blind Side (the important version)

The book is essentially a human story (which you of course know is the compelling and sympathy-yanking tale of Michael Oher's rise to the upper echelons of college football prospect-ery) laid on top of his analysis of the evolution of the left tackle position and its' importance at the NFL level.  Here's the quick rundown:

With the advent of the forward pass, the value of the quarterback skyrocketed, especially once Bill Walsh introduced his genius to his opponents.  The real risk, as evidenced by Lawrence Taylor, was that right-handed quarterbacks were very susceptible to injuries, especially career-truncating ones, if a talented pass rusher could escape the left tackle and attack a quarterback from behind, i.e. "the blind side."  The amount of money being poured into quarterbacks motivated franchises to protect their investments by getting the best pass-blocking left tackles money could buy.    Consider this.  From 1967-1985 (the last draft before Lawrence Taylor ended Joe Theismann's career), an average of 2.68 offensive tackles were taken in the first round.  AT (that's after Theismann), 3.6.  On to modern times.

In the first two rounds of the 2009 draft, eight tackles were selected, with the first being Jason Smith.  Of course, in drafting him, we knew were getting a bit of a project; however, that term didn't necessarily apply to his pass protection.  His athleticism lent itself very naturally to pass protection in being able to slide as well as anyone at the college level.  It's something he's shown a proficiency for at the NFL level.  What was a concern was his run blocking.  Compared to Andre Smith, considered the best run blocker in the draft, Jason Smith was about 25 lbs. lighter.  With Alex Barron still holding down the LT spot, Smith's run blocking skills (or lack thereof at times) have been on full display.  As Van noted recently, he (and by extension the Rams) have gotten much better as of late.  Let's look at what run blocking involves and how well Jason Smith has done.

Bear in mind the terms of these blocks aren't universally set, so what one person calls a double or triple-team block, others call a "wedge" block.

When you think of the most basic block, you're probably thinking of the drive block.  The technique is relatively simple - get under your opponent, and "drive" him back.  This block is the source of the verb "to decleat" which is when you lift someone off the ground, thus removing their cleats from the turf.

Essentially, you have three areas you can block a rusher: through the shoulder pads, through the waist, and through the thigh.  Going from head to toe, or in this case chest to thigh, this is the second progression.  This term is the most oft repeated one I heard in high school levels in Texas, though it's confusing.  A lineman can drive block with his shoulder and he can "shoulder" block with his hands.  Still, the idea is to attacks the torso of the defender to gain leverage, driving him upwards and backwards as opposed to the drive block where you attack him at the shoulder level.

The most controversial of the three, the cut block is designed for the offensive lineman to put his helmet or shoulder pad through the defender's thigh.  I say again - the thigh.  Not the knee.  When you see quarterbacks delivering "dirty" hits (say Brett Favre in the preseason, Mark Sanchez in week _ or Brady Quinn against the Ravens), announcers often times categorize it as a cut block.  Even offensive linemen are afforded that leeway when it's not warranted, giving the cut block a stigma it doesn't deserve.  Cut blocks are often the blocks of choice in zone blocking, but we're comparing blocking styles to schemes, so lets look at that latter category.

In a cross block, a pair of linemen essentially swap positions.  The more outside lineman will cross in front first while the inside lineman slides behind: 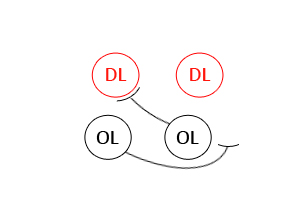 A fold block is similar to a cross block, except that it is specifically designed to release a blocker against a LB.  In a fold block, the lineman blocking the defensive lineman, or "down" defensive man, will engage first while the lineman assigned to "fold" will step behind his teammate and then press forward to engage the LB: 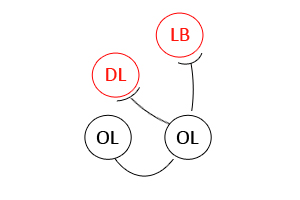 A scoop block creates a seal on a LB by allowing the lineman closest to the down lineman to initiate contact until the second O-lineman can engage.  Then, the initial lineman peels off to drive block the LB: 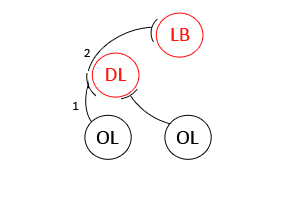 The trap involves a couple more players.  In short, the scheme pulls a lineman away from the playside (the side where the ball carrier is expected to go) to "trap" an incoming pass rusher: 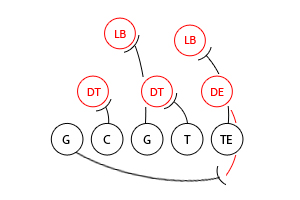 Obviously, in altering any of these slightly or combing them, you get some pretty complex blocking schemes.  That's what offensive coordinators and offensive line coaches get paid for.  In the end, though, it's up to the players to execute...and get paid even more.  In the second part of this series, we'll look at how well Jason Smith has done in applying some of these in his rookie NFL season.  Here's a preview:

The Application (turning potential into protection)

After Bulger hits Laurent Robinson for quick first down (sigh), the Rams set up in the shotgun for a running play to the right side.  Here's how it looks presnap: 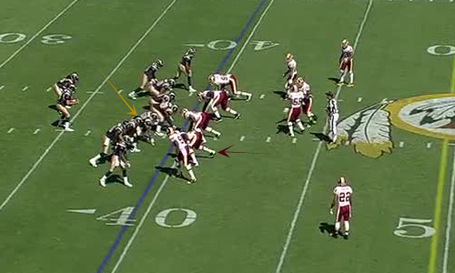 The golden arrow is pointed at Jason Smith; the maroon arrow highlights veteran DE Philip Daniels who Smith has to block.  Incognito is going to double with Jason Brown to move DT Cornelius Griffin out of the way.  If Smith can deal with Daniels, Steven Jackson is going to have some room.  Notice I said if, because this doesn't go well: 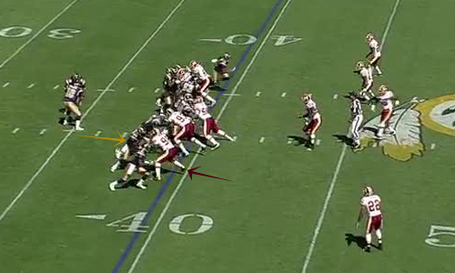 Smith's initial move is backwards, and I don't know why.  He's isolated on Daniels, so he should have engaged him.  Once he makes his initial step, it gives Daniels all the room he needs.  At this point, the play is pretty much a done deal: 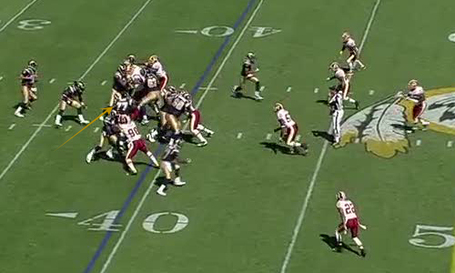 You'll only see one arrow - that's Jason Smith trying to push Daniels somewhere, anywhere but where he is.  He's already disrupted the play, and Jackson has had the ball for a step and a half: 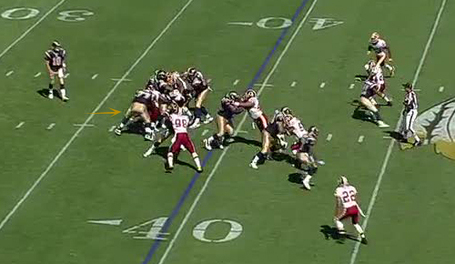 Everyone gets piled up in the middle as the play results in a Smith-Daniels-Jackson sandwich.  A loss of 1.5, and a horrible way for Smith to get his day started in the run blocking game.

Don't worry - it gets better.  Much better.  See you guys next time, and don't be late to class!