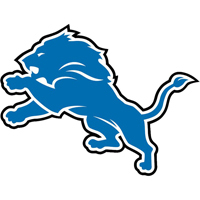 This is the half way point of the season, and the Rams have a bye after this. We'll have plenty of time to break down the first half of the Rams' rebuilding project's first season.

For today, the football Gods have given the Rams a game against the Lions (I suppose the Lions are saying the same thing).

Quick reminder about the comments. Civility is the guiding rule. You get one warning for inappropriate comments (insults, name calling, language, etc.), and then you're banned. If you want to go comments slumming, may I suggest the Post-Dispatch message boards.

Finally, enjoy the game. That's why we put ourselves through this root for the Rams week after week isn't it?