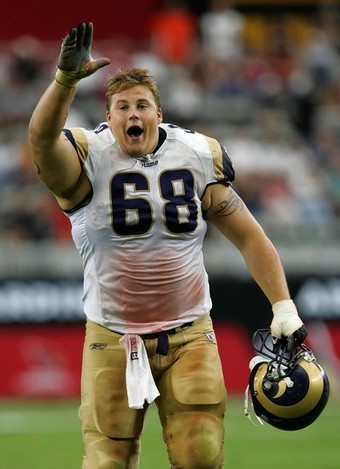 Blockhead OG Richie Incognito's fine four penalty game this week put his total penalties at 10 (11 if you count the offsetting holding call he had in the 3rd quarter), good enough for the team lead.

That was also the second game where Incognito had three or more penalties. Barron's still the king of the false start, while Incognito seems to favor the hold.

Surely John Greco can do what Incognito does come 2009, without the penalties, right?